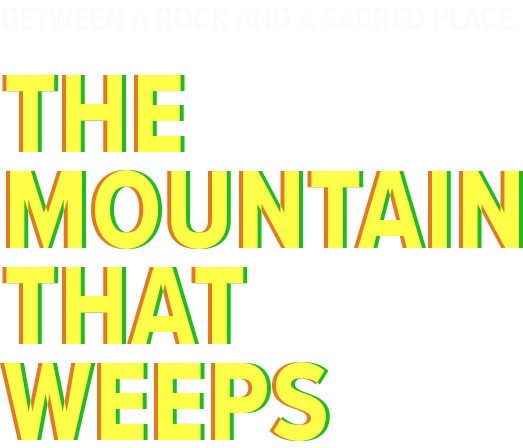 THE MOUNTAIN THAT WEEPS is a 2019 documentary film about the most contentious land-use battle in Riverside County, California history.

In 2005, Granite Construction Company proposed a seventy-five-year open-pit mining project on the southern border of the City of Temecula, California. The project, branded “Liberty Quarry”, ignited community outrage which led to seven years of heated debates and public hearings.

Liberty Quarry was quickly opposed by The City of Temecula, “Save our Southwest Hills” a local grassroots group, The Santa Margarita Ecological Reserve and the Pechanga Band of Luiseño Indians. These four entities came together in an unprecedented effort to contest the quarry project claiming it would destroy quality of life, ruin air quality, cause an increase in traffic and pollution, and devastate a site held sacred to the Pechanga Tribe.

Despite opposition and denials on multiple levels of Riverside County Government, politics and back door deals kept the project alive, allowing a giant corporation to supersede the will of the public.

More than just a development vs environment story, THE MOUNTAIN THAT WEEPS explores which force is stronger, the power of community, the corruption of politics, or reverence for the sacred.

Wexéwxi Pu’éska is more well known today as Pu’éska Mountain. It is one of the most sacred places in the Luiseño or Payómkawichum religion. At Pu’éska, many significant events took place during the Creation of the World. In its silhouette we see Tamáayawut, Earth Mother, as she lay down to await the birth of the Káamalam, the first people. Some rock formations, found on and around Pu’éska, show evidence that the Káamalam once lived at that place.

Its name, Wexéwxi Pu’éska, translates to “Where the Rocks cry” because it was there that the rocks wept after Wuyoót, the Káamalam’s first leader, died and the first funeral in history was held.

The knowledge of Pu’éska’s important places, such as Éxva Teméeku and Naxa’chish have and will be passed on from elder to child for generations. The title of the documentary “The Mountain That Weeps” acknowledges the historical and sacred nature of this place and a possible new reason the mountain weeps today.